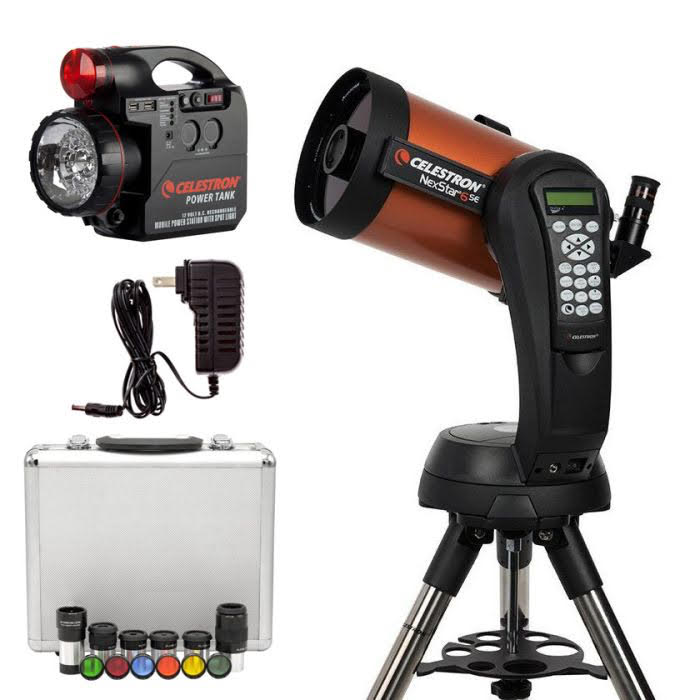 In the tradition of Celestron's famous orange optical tubes, the NexStar SE Family combines the classic heritage of the original orange tube telescopes with state-of-the-art features, including a fully computerized operating system, flash upgradeable hand control, superior coatings, our revolutionary SkyAlign telescope alignment software and much more! Let a NexStar SE help you find thousands of stars, planets, galaxies, and more at the touch of a button! Learn more about the NexStar SE series in the video below.

StarPointer finderscope to help with alignment and accurately locating objects

Internal battery compartment to prevent cord wrap during use

Database includes 40,000 objects with enhanced information on over 200 objects.

Ability to add up to 400 user defined objects.