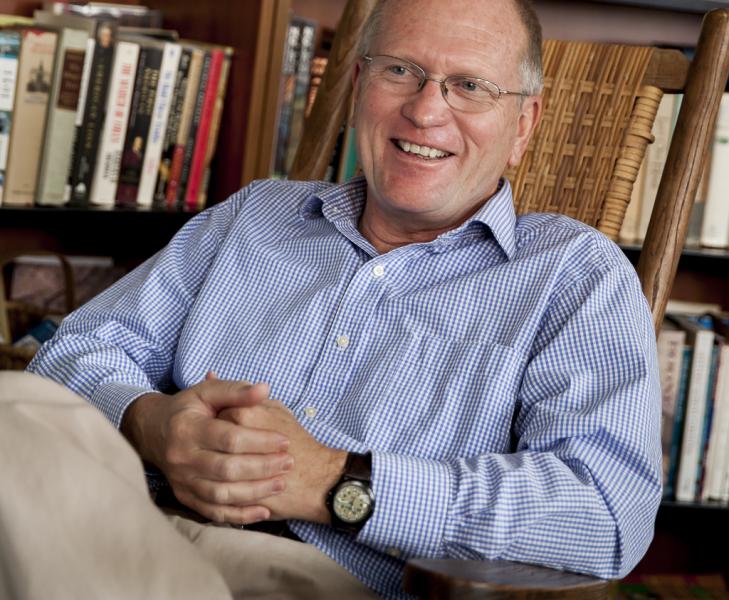 Terry Roberts will visit City Lights Bookstore on Saturday, August 20th at 3 p.m. He will present his latest novel, The Sky Club.  In it, Jo Salter, a mathematical prodigy from the mountains of North Carolina, remakes herself from a bank teller to a nightclub owner and bootlegger when the Great Depression upturns her life. Robert Morgan, author of Gap Creek and Boone said, “The Sky Club portrays diverse, unexpected facets of the Appalachian region in the years of the Great Depression. It is a novel of climbing--social, financial, emotional, romantic--to a mountaintop, to The Sky Club, to risk and wealth, to danger, and, ultimately, to enduring love."

Terry Roberts' direct ancestors have lived in the mountains of Western North Carolina since the time of the Revolutionary War. Many of them farmed in the Big Pine section of Madison County, a place that to this day is much as it's portrayed in The Sky Club. Roberts' debut novel, A Short Time to Stay Here, won the Willie Morris Award for Southern Fiction, and his second novel, That Bright Land, won the Thomas Wolfe Memorial Literary Award as well as the James Still Award for Writing about the Appalachian South. Both novels won the annual Sir Walter Raleigh Award for Fiction, given to the author of the best novel written by a North Carolinian. His third novel, The Holy Ghost Speakeasy and Revival, was published by Turner in 2018. My Mistress' Eyes Are Raven Black, a literary thriller set on Ellis Island, was published by Turner in 2021.