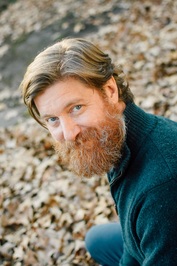 Mark Barr will visit City Lights Bookstore on Saturday, October 26th at 3 p.m.  He will present his new novel, Watershed, the second title in the Cold Mountain Fund Book Series which is a collaboration between Hub City Press and National Book Award-winning author Charles Frazier.

Amidst construction of a federal dam in rural Tennessee, Nathan, an engineer hiding from his past, meets Claire, a small-town housewife struggling to find her footing in the newly-electrified, job-hungry, post-Depression South.

As Nathan wrestles with the burdens of a secret guilt and tangled love, Claire struggles to balance motherhood and a newfound freedom that awakens ambitions and a sexuality she hadn’t known she possessed. The arrival of electricity in the rural community, where prostitution and dog-fighting are commonplace, thrusts together modern and backcountry values. In an evocative feat of storytelling in the vein of Kent Haruf’s Plainsong and Ron Rash’s Serena, Watershed delivers a gripping story of characters whose ambitions and yearnings threaten to overflow the banks of their time and place.

“Lyrical descriptions of the Tennessee landscape contrast vividly with the harsher reality of day-to-day life in a region and time almost exotic in its isolation. Barr sheds light on a unique episode in American history while illuminating the stories of two sympathetic characters.”—Kirkus

Mark Barr has been awarded fellowships from Blue Mountain Center, I-Park Artists Enclave, Jentel Arts, Kimmel Harding Nelson Center, Millay Colony, and Yaddo, and holds an M.F.A. from Texas State University. He lives with his wife and sons in Arkansas, where he develops software and bakes bread.