Dana Wildsmith and Susan O’Dell Underwood will visit City Lights Bookstore on Saturday, May 25th at 3 p.m. They will read from their latest collections of poetry, One Light and The Book of Awe, respectively.

Dana Wildsmith is the author of a novel, Jumping, and an environmental memoir, Back to Abnormal: Surviving With An Old Farm in the New South, which was a finalist for Georgia Author of the Year. She is also the author of five collections of poetry. Wildsmith has served as Artist-in-Residence for Grand Canyon National Park and for Everglades National Park. She lives with her family on an old farm in north Georgia and works as an English literacy instructor at Lanier Technical College.

Susan O’Dell Underwood is currently a Professor of English and the Director of the Creative Writing Program at Carson-Newman University. In addition to The Book of Awe she has published two chapbooks, From and Love and Other Hungers.

The Book of Awe (Paperback) 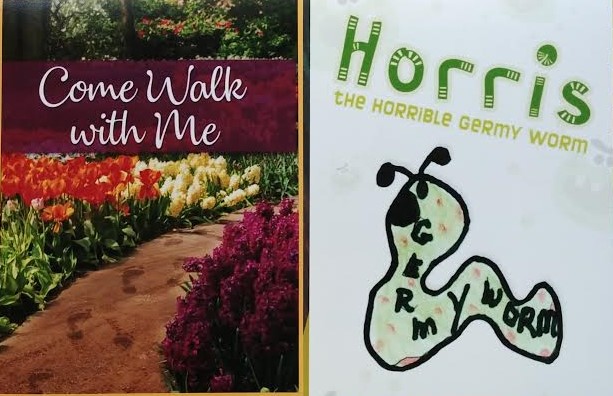 Mason Lackey will visit City Lights Bookstore on Saturday, June 22nd at 3 p.m.  She will present her books, Come Walk with Me and Horris the Horrible Germy Worm. Come Walk with Me is a poetry collection that reflects on childhood memories, the beauty of nature, and seeing the beauty in our surroundings. Horris the Horrible Germy Worm is a children’s book and is a playful story with an important message to children about health. To reserve copies of her books, please call City Lights Bookstore in Sylva, NC at 828-586-9499. 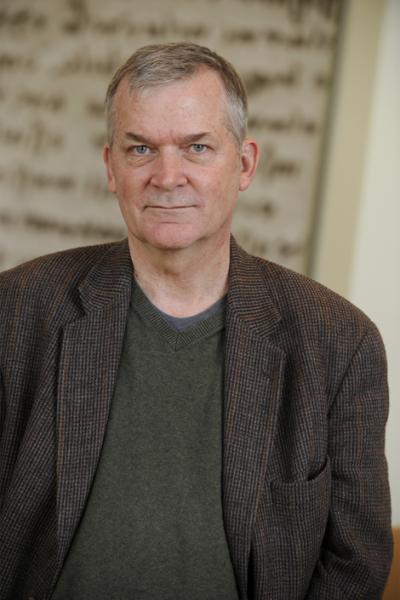 George Singleton will return to City Lights Bookstore on Saturday, March 16th at 3 p.m.  He will present his new short story collection Staff Picks.  In the tradition of Donald Barthelme, T. C. Boyle, Flannery O'Connor, and Raymond Carver, Singleton creates lingering, darkly comedic tales by drawing from those places where familiarity and alienation coexist. A remarkable and distinct effort from an acclaimed chronicler of the South, Staff Picks reaffirms Singleton's gift for crafting short story collections that both deliver individual gems and shine as a whole. 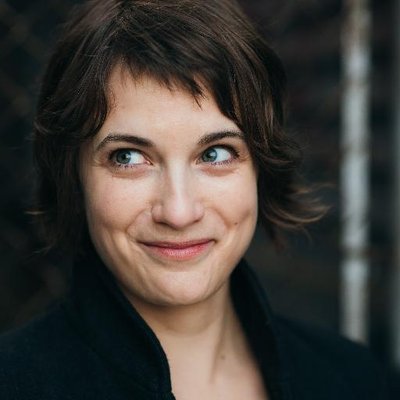 Jackson County native, Natalie Coward Anderson will present her second Young Adult novel on Friday, May 10th at 6:30 p.m. at City Lights Bookstore. Her new novel, Let's Go Swimming on Doomsday brings to life the plight of a boy soldier, Forced to become a child soldier, a sixteen-year-old Somali refugee must confront his painful past in this haunting, thrilling tale of loss and redemption for fans of A Long Way Gone and What is the What.

When Abdi's family is kidnapped, he's forced to do the unthinkable: become a child soldier with the ruthless jihadi group Al Shabaab. In order to save the lives of those he loves, and earn their freedom, Abdi agrees to be embedded as a spy within the militia's ranks and to send dispatches on their plans to the Americans. The jihadists trust Abdi immediately because his older brother, Dahir, is already one of them, protégé to General Idris, aka the Butcher. If Abdi's duplicity is discovered, he will be killed.

For weeks, Abdi trains with them, witnessing atrocity after atrocity, becoming a monster himself, wondering if he's even pretending anymore. He only escapes after he is forced into a suicide bomber's vest, which still leaves him stumps where two of his fingers used to be and his brother near death. Eventually, he finds himself on the streets of Sangui City, Kenya, stealing what he can find to get by, sleeping nights in empty alleyways, wondering what's become of the family that was stolen from him. But everything changes when Abdi's picked up for a petty theft, which sets into motion a chain reaction that forces him to reckon with a past he's been trying to forget. In this riveting, unflinching tale of sacrifice and hope, critically-acclaimed author Natalie C. Anderson delivers another tour-de-force that will leave readers at the edge of their seats.

Natalie C. Anderson is an American writer and international development professional living in Geneva, Switzerland. She has spent the last decade working with nongovernmental organizations (NGOs)and the United Nations on refugee relief and development, mainly in Africa. She was selected as the 2014–2015 Associates of the Boston Public Library Children’s Writer-in-Residence, where she wrote her debut novel, City of Saints and Thieves.

This event is free and open to the public. Order from the list below or call 828-586-9499 to reserve copies of Natalie's books. 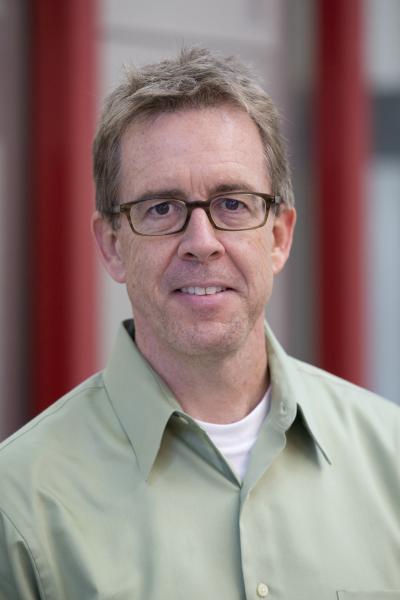 Former CBS programming executive, Jim McKairnes will visit City Lights Bookstore on Friday, January 18th at 6:30 p.m. He will be in conversation with his long-time friend Jeff Ginn as they discuss Jim’s book, All in the Decade: 70 Things about 70s TV That Turned Ten Years Into a Revolution. To reserve copies of All in the Decade please call City Lights Bookstore in Sylva, NC at 828-586-9499.

City Lights Bookstore and The Jackson County Public Library have partnered for an event featuring David Gates and Tim Osment on Saturday, February 2nd at 3 p.m in the Community Room of the library. They will present David’s book, The Way I See It, a look at his life growing up in Appalachia, becoming blind, and the determination to succeed despite his many hardships. City Lights Bookstore will have copies of The Way I See It available on sale at the library. 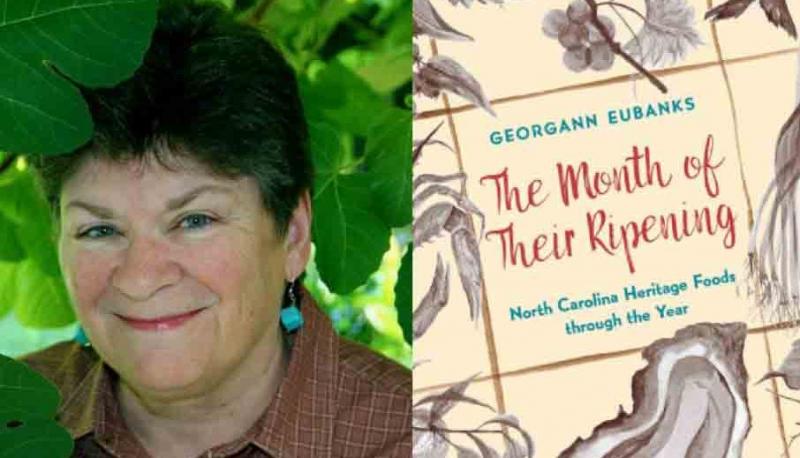 Georgann Eubanks visited City Lights Bookstore on Friday, December 7th to present her latest book, The Month of Their Ripening: North Carolina Heritage Foods Through the Year.  We have signed copies available.

Telling the stories of twelve North Carolina heritage foods, each matched to the month of its peak readiness for eating, Georgann Eubanks takes readers on a flavorful journey across the state. She begins in January with the most ephemeral of southern ingredients--snow--to witness Tar Heels making snow cream. In March, she takes a midnight canoe ride on the Trent River in search of shad, a bony fish with a savory history. In April, she highlights how garlicky green ramps, traditionally savored by many Cherokee people, is endangered by its increasing popularity in fine restaurants. In November, she visits a Chatham County sawmill where the possums are always first into the persimmon trees.

The Month of Their Ripening: North Carolina Heritage Foods Through the Year (Hardcover)

Michael Revere will visit City Lights Bookstore on Saturday, February 9th at 3 p.m. He will read from his newest collection, Hey Jude. This collection is an homage to his wife, Judith Revere and combines strong poems of spirituality, sociology, and love. To reserve copies of Hey Jude, please call City Lights Bookstore in Sylva, NC at 828-586-9499. 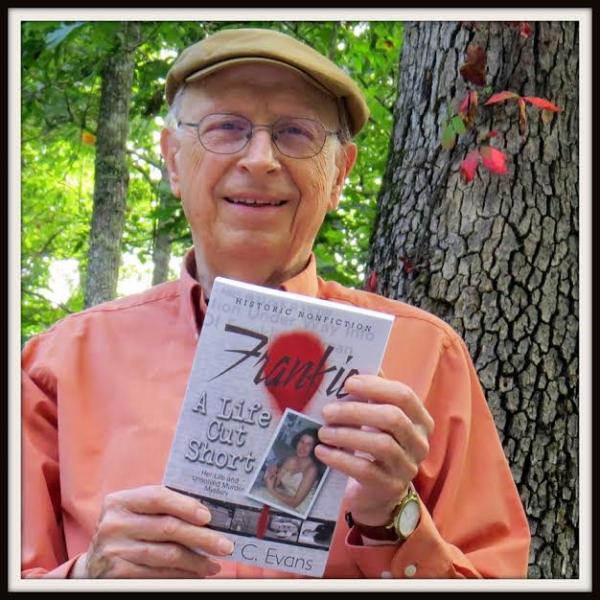 Ronald Evans will present his book Frankie: A Life Cut Short on Friday, October 12th at 6:30 p.m. at City Lights Bookstore. His book examines the unsolved murder of Frances S. Bullock who was brutally stabbed to death in her Franklin, NC home in 1963.

Ronald C. "Ronnie" Evans is a retired television engineer, a performing musician, and now a first-time author. His previous writing experience was limited to writing commercial copy and news reports when working in radio, and assisting in writing grants for equipment in television. He is a native of Franklin. To reserve copies of Frankie: A Life Cut Short please call City Lights Bookstore in Sylva, NC at 828-586-9499.